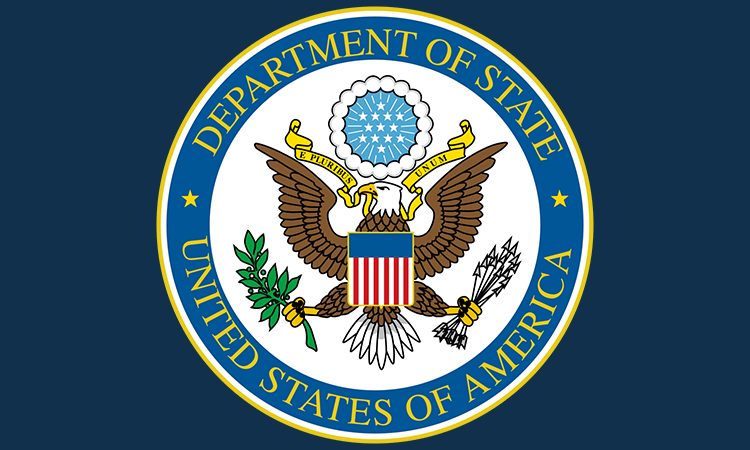 Secretary of State Michael R. Pompeo and Secretary of Defense Mark T. Esper today co-hosted Indian Minister of Defense Rajnath Singh and Minister of External Affairs Dr. S. Jaishankar for the second U.S.-India 2+2 Ministerial Dialogue at the Department of State in Washington, D.C.  The two sides reaffirmed the growing strategic partnership between the United States and India, which is grounded in democratic values, shared strategic objectives, strong people-to-people ties, and a common commitment to the prosperity of their citizens.

During the meeting, Secretary Pompeo and his counterparts reaffirmed their commitment to work together in support of a free, open, and inclusive Indo-Pacific region.  The two sides agreed to deepen cooperation to address regional and global threats, combat terrorism, coordinate on disaster relief, train peacekeepers, promote transparent and sustainable infrastructure, and advance maritime security.  Both delegations also welcomed new initiatives to further strengthen people-to-people ties, including new exchange programs for Parliamentarians and young innovators, increased judicial cooperation, the expansion of university research partnerships, and a new bilateral Science and Technology Agreement.  Looking to the future, the two sides pledged new cooperative efforts in the areas of water management, oceans, and space.

The Secretary and his counterparts also discussed ways to expand their 21st century defense partnership.  They welcomed the unprecedented levels of cooperation between the U.S. and Indian militaries, made possible through enhanced exercises such as the first-ever tri-service TIGER TRIUMPH exercise, greater information sharing, expanded defense trade, placement of liaison officers, and defense enabling agreements, including a recently concluded agreement to promote defense collaboration between our private sectors.  The close U.S.-India defense partnership was on full display during Minister Singh’s visit to Norfolk, VA, on December 17, during which he participated in an aircraft carrier tour and fighter aircraft demonstration at Naval Station Norfolk and Naval Air Station Oceana.

Ministers Singh and Jaishankar extended an invitation to the U.S. side to host the next 2+2 Ministerial Dialogue in India.  Both sides looked forward to the next meeting and agreed to continue close cooperation on the range of activities and initiatives already underway.