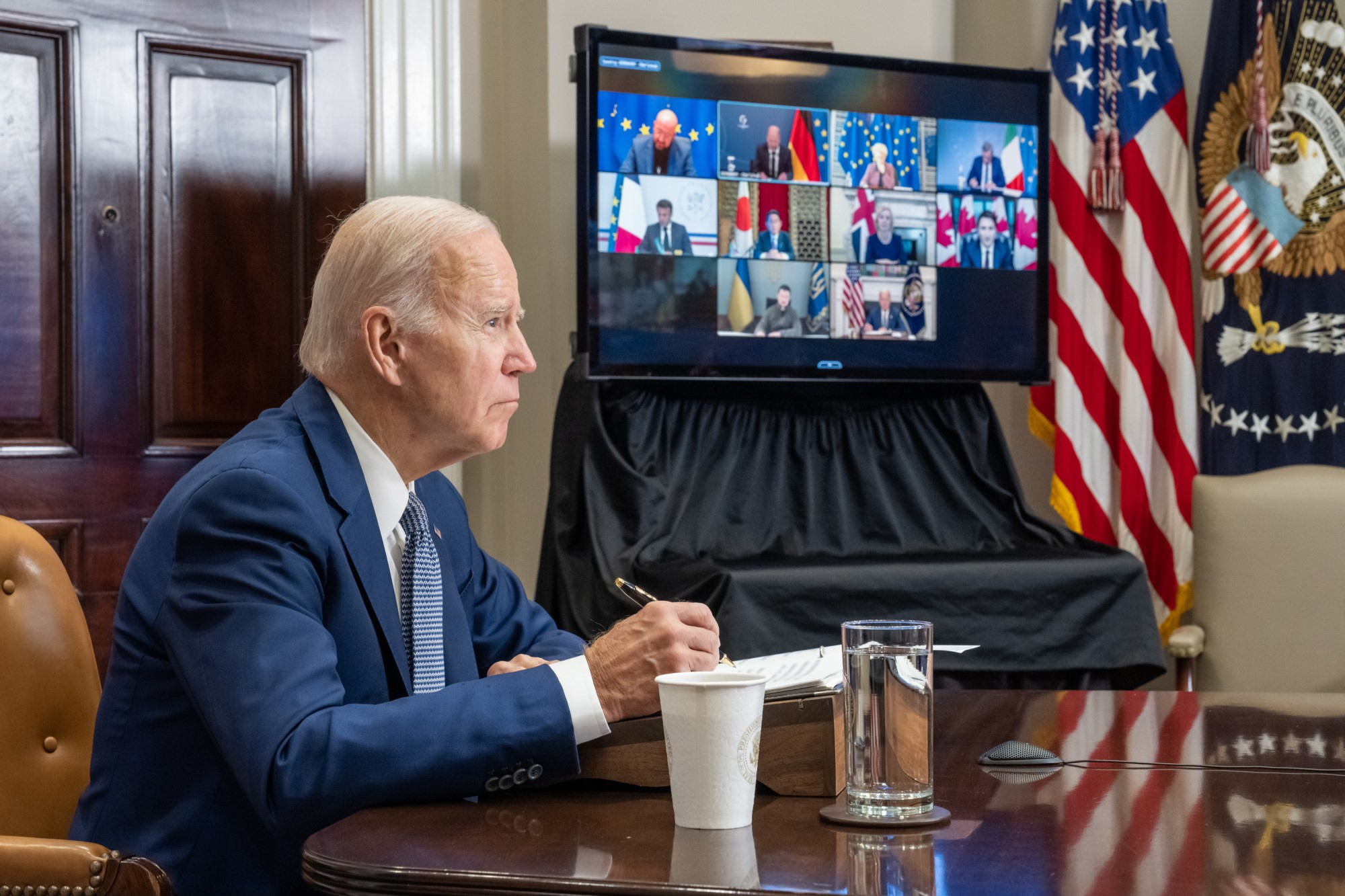 1. We, the leaders of the Group of Seven (G7), convened today with Ukraine’s President Volodymyr Zelenskyy. Our meeting took place against the backdrop of the most recent missile attacks against civilian infrastructure and cities across Ukraine, leading to the death of innocent civilians. We condemn these attacks in the strongest possible terms and recall that indiscriminate attacks on innocent civilian populations constitute a war crime. We will hold President Putin and those responsible to account.

2. The G7 firmly condemn and unequivocally reject the illegal attempted annexation by Russia of Ukraine’s Donetsk, Luhansk, Zaporizhzhya and Kherson regions in addition to the Autonomous Republic of Crimea and the City of Sevastopol. We solemnly reiterate that we will never recognise this illegal annexation or the sham referenda that Russia uses to justify it.

3. Russia has blatantly violated the principles enshrined in the UN Charter. They cannot and do not give Russia a legitimate basis to change Ukraine’s borders. We call upon all countries to unequivocally reject these violations of international law and demand that Russia cease all hostilities and immediately, completely and unconditionally withdraw all of its troops and military equipment from Ukraine.

4. We have imposed and will continue to impose further economic costs on Russia, including on individuals and entities – inside and outside of Russia – providing political or economic support for Russia’s illegal attempts to change the status of Ukrainian territory.

5. We deplore deliberate Russian escalatory steps, including the partial mobilisation of reservists and irresponsible nuclear rhetoric, which is putting global peace and security at risk. We reaffirm that any use of chemical, biological or nuclear weapons by Russia would be met with severe consequences.

6. We condemn Russia’s actions at Ukraine’s Zaporizhzhya Nuclear Power Plant and the pressure exerted on the personnel of the facility. This is a further irresponsible escalation and we will hold Russia responsible for any incident caused by their actions. The safety, security and safeguards of the nuclear facility are paramount and we support the International Atomic Energy Agency’s efforts in this regard.

7. We reiterate our call on the Belarusian authorities to stop enabling the Russian war of aggression by permitting Russian armed forces to use Belarusian territory and by providing support to the Russian military. The announcement of a joint military group with Russia constitutes the most recent example of the Belarusian regime’s complicity with Russia. We renew our call on the Lukashenko regime to fully abide by its obligations under international law.

9. We reassured President Zelenskyy that we are undeterred and steadfast in our commitment to providing the support Ukraine needs to uphold its sovereignty and territorial integrity. We will continue to provide financial, humanitarian, military, diplomatic and legal support and will stand firmly with Ukraine for as long as it takes. We are committed to supporting Ukraine in meeting its winter preparedness needs.

10. With a view to a viable post-war peace settlement, we remain ready to reach arrangements together with interested countries and institutions and Ukraine on sustained security and other commitments to help Ukraine defend itself, secure its free and democratic future, and deter future Russian aggression. We will continue to coordinate efforts to meet Ukraine’s urgent requirements for military and defense equipment. We look forward to the outcomes of the International Expert Conference on the Recovery, Reconstruction and Modernisation of Ukraine on October 25.

11. No country wants peace more than Ukraine, whose people have suffered death, displacement and countless atrocities as the result of Russian aggression. In solidarity with Ukraine, the G7 Leaders welcome President Zelenskyy’s readiness for a just peace. This should include the following elements: respecting the UN Charter’s protection of territorial integrity and sovereignty; safeguarding Ukraine’s ability to defend itself in the future; ensuring Ukraine’s recovery and reconstruction, including exploring avenues to do so with funds from Russia; pursuing accountability for Russian crimes committed during the war.

12. We are deeply troubled by the deliberate damage to the Nordstream pipelines in international waters in the Baltic Sea and strongly condemn any deliberate disruption of critical infrastructure. We welcome ongoing investigations.

13. We will act in solidarity and close coordination to address the negative impact of Russia’s aggression for global economic stability, including by continuing to cooperate to ensure energy security and affordability across the G7 and beyond.