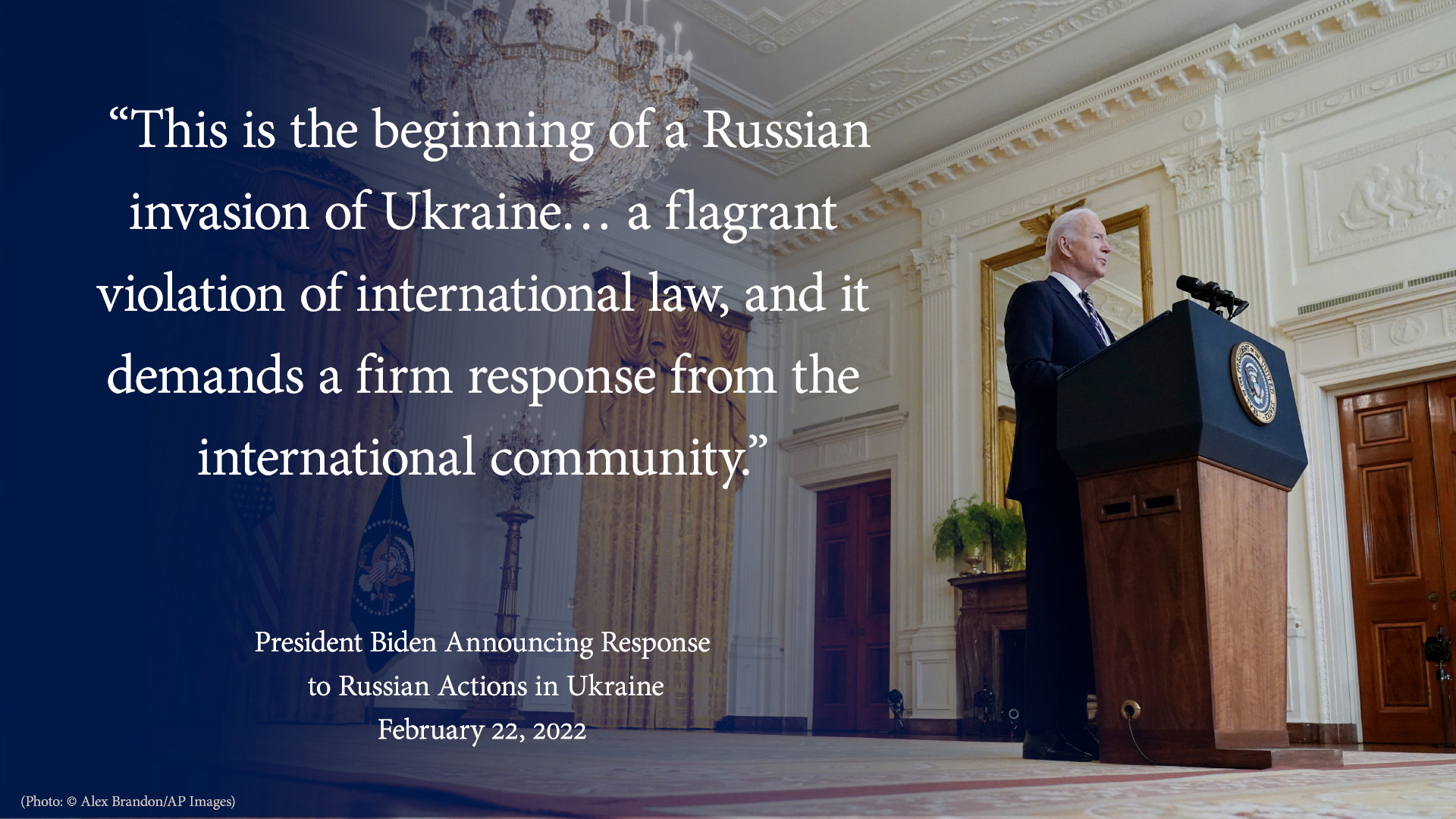 Yesterday, Russian President Vladimir Putin of Russia recognized two regions of Ukraine as independent states and today claimed that recognition to include all of the Donbas region. The Russian Parliament also authorized the deployment of additional Russian forces into this Ukrainian territory.

As President Biden and our Allies and partners have made clear, we will impose significant costs on Russia for Russia’s actions. Today, the Administration is implementing the first tranche of sanctions that go far beyond 2014, in coordination with allies and partners in the European Union, United Kingdom, Canada, Japan, and Australia. And as President Biden promised, we worked with Germany to ensure the Nord Stream 2 pipeline will not move forward.

The President has directed the following measures:

These actions come in addition to steps being taken by our Allies and partners and represent our first response to Russia’s actions. As President Biden made clear, Russia will pay an even steeper price if it continues its aggression.