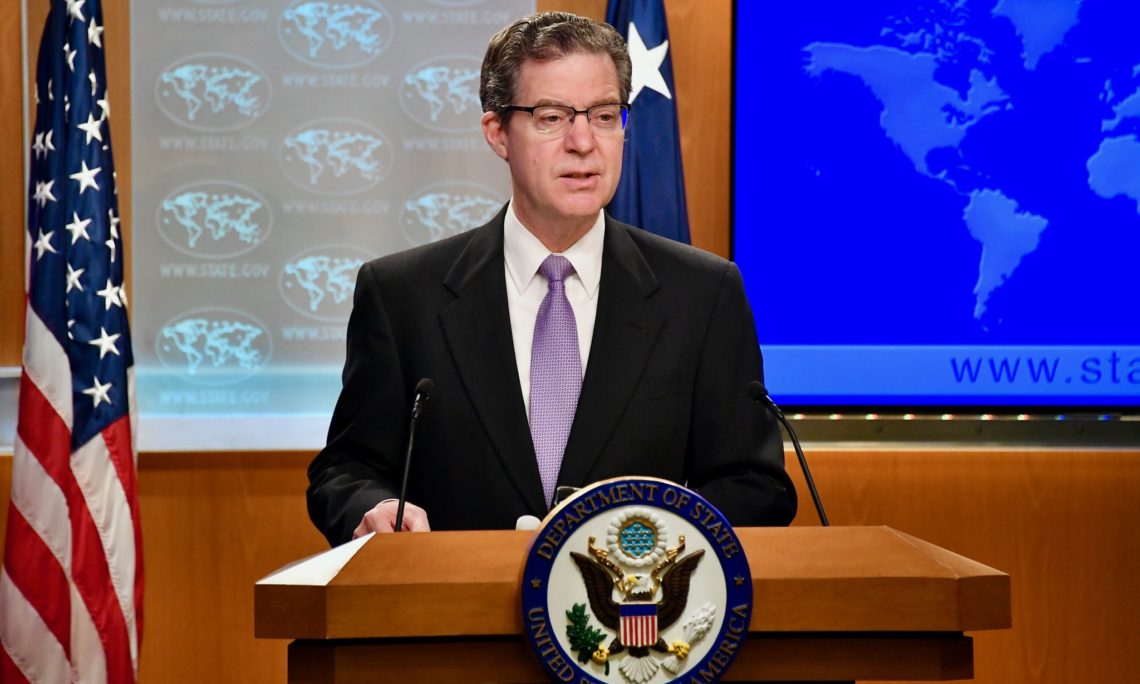 The fight against religious freedom is mounting. There was a report that 80 percent of people live in places where religious freedom is under attack, yet most of the world organizes their life around a set of religious beliefs. They must be free to do so. The Trump administration has done exactly what it promised to do about making religious freedom a top foreign policy priority, and it is. We’ve jumped off the sidelines to fight for people of all faiths.

This is because we believe there is no more important a time for the United States to promote religious freedom than now. We will not stop until we see the iron curtain of religious persecution come down; until governments no longer detain and torture people for simply being of a particular faith or associated with it; until people are no longer charged and prosecuted on specious charges of blasphemy; until the world no longer believes it can get away with persecuting anyone of any faith without consequences. We will not stop.

The religious freedom central to our experience at home is still encroached upon in many areas of the world, as our 2018 report shows. For example, Iran has one of the worst records on religious freedom in the world and continues to show a blatant disregard for protecting individuals’ religious freedom. Countless members of Iranian religious minorities, including Baha’is, Christians, Jews, Zoroastrians, and Sunni and Sufi Muslims, face discrimination, harassment, and unjust imprisonment because of their beliefs. Their religious books are banned. They are denied access to education. Their cemeteries are desecrated. Blasphemy and proselytization of Muslims is punishable by death. Last year, the Iranian regime violently cracked down on the peaceful protest of Gonabadi Sufi dervishes in what Human Rights Watch called “one of the largest crackdowns against a religious minority in Iran in a decade.” To Iran we say we are watching and we will stand up for all those whose right to religious freedom is infringed upon.

China has declared war on faith. We’ve seen increasing Chinese Government abuse of believers of nearly all faiths and from all parts of the mainland. In Xinjiang, China has detained more than a million ethnic Muslims in camps that are designed to strip away the culture, identity, and faith of these religious communities. We share reports – again, that others make – that Chinese authorities have subjected prisoners of conscience, including Falun Gong, Uighurs, Tibetan Buddhists, and underground Christians, to forcible organ harvesting. This should shock everyone’s conscience. China also continues to interfere in Tibetan Buddhist practices and Tibetan culture, including by interfering in the selection, education, and veneration of Tibetan Buddhist lamas. They’ve increased their repression of Christians, shutting down churches and arresting adherents for their peaceful religious practices. And to this we say to China: Do not be mistaken, you will not win your war on faith. This will have consequences on your standing at home and around the world.

The United States cannot secure religious freedom alone. We need everyone’s help; everyone has a stake in the fight. That’s why this year’s second Ministerial to Advance Religious Freedom is more important than ever. We expect this year’s event to be bigger, broader, and better than last year’s groundbreaking event. The continuing and complex challenges to religious freedom demand an even greater stage with more stakeholders working together to identify solutions. The ministerial will also provide a platform to amplify the voices of survivors of religious persecution, these from around the world, whose stories will demonstrate the unrelenting power of faith.