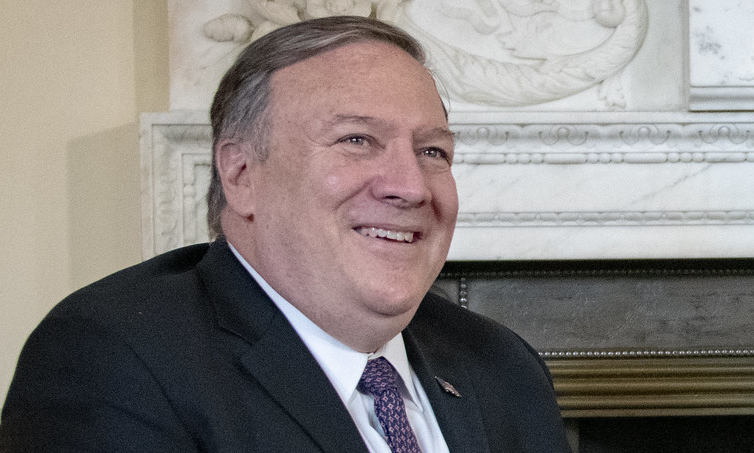 SECRETARY POMPEO: There is real risk, and you saw what President Trump has undertaken with respect to China. For too long – this is not partisan – presidents from both parties had ignored the challenges that were presented to American workers, to American technology, and to American national security that China presents. And he is pushing back in every element.

The decision that was made to list Huawei had an enormous national security component to it. The company is deeply tied not only to China, but to the Chinese Communist Party, and that connectivity, the existence of those connections, puts American information that crosses those networks at risk. I’ve spent a lot of time over the last months talking to our partners around the world, explaining to them why putting their citizens’ information, their citizens’ national security (inaudible) at risk by having that technology inside of their systems.

QUESTION: We’ve seen already that some of the partners you mentioned about, some of the other countries, have already started to take up and remove Huawei equipment or say that you can’t use it going forward, several UK companies overnight and some Japanese companies as well. Do you expect us to see more of those companies in coming days or other countries?

SECRETARY POMPEO: We do. We’ve been working at the State Department to make sure that everyone understands the risk. It’s been really an educational mission as much as anything else. Every nation, every private company gets to make its own sovereign choices for the countries and private decisions for those entities; but as we share with them the risks, as we share with them the incapacity to mitigate those risks, which I think some thought could take place as a technical matter – we don’t think there’s much mitigation opportunity. As we share that, we’re seeing them come to the same understanding that the United States has come to.

QUESTION: Do you think we eventually wind up with two internets, one that is based around China and its closest partners and one that is the Western world?

SECRETARY POMPEO: I hope that’s not the case. We need a single place where information can be exchanged, but it has to be a systems that has Western values embedded in it, with the rule of law, property right protections, transparency, openness. It can’t be a system that is based on the principles of an authoritarian, communist regime.

SECRETARY POMPEO: So remember there’s two pieces to this. There’s the national security component, and then there’s what President Trump has been driving at to create a fair, reciprocal, balanced trade relationship between the two countries. I hope that we can keep those issues in their own place.

We have an imperative to protect American national security. We have a need to make sure we get these trade rules right. I mean, you all know this. I come from Kansas. American workers in Kansas creating intellectual property, trying to grow their business, trying to take care of their families, and the Chinese steal that information. That’s not right. We’re trying to fix that.

They force companies that invest in China to – and create JVs with the sole intention of making sure the government has access to the information that comes across there. Those are the kind of things that President Trump with Secretary Mnuchin and Ambassador Lighthizer are working on, and I hope they can come to an arrangement. If they do, it would be a good thing for China and for the United States.

The authoritarian nature of what’s taking place in Xinjiang to the Uighurs, some million people held in camps – these are not community colleges. These are authoritarian re-education institutions, and we’ve seen what’s going on in the technology space. Those are facts. I can’t account for why the Chinese ambassador said what he said.