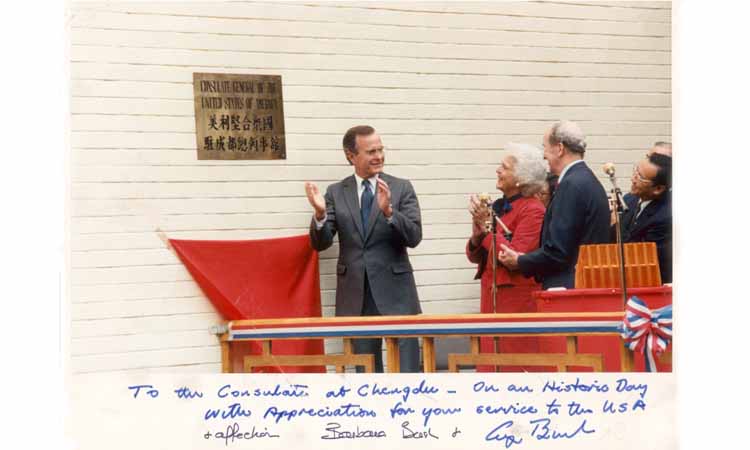 The U.S. Consulate General in Chengdu was established in 1985 and was originally located on the first floor of the west wing of the Jinjiang Hotel.  The Consulate started with only six American officers and approximately 20 local employees.  It was made up of an Executive Office (a Consul General and administrative assistant); a small office handling political, economic and commercial issues; a Consular Section; a Management Section and what was then known as the U.S. Information Service.

In 1985, each of the offices was covered by one American officer. The Consulate today has grown tremendously by comparison, with almost 200 total staff. Approximately 150 of these are locally hired professional Chinese staff who are the heart of our daily operations and many of whom have served for many years.

The Americans on staff are here for only a relatively short time – typically two to three years. All are professionals within the U.S. diplomatic service, and have specifically asked to come to Chengdu. More and more of the American staff speak Chinese, reflecting a general trend worldwide and underscoring the commitment of the U.S. government to what has been described as the most important bilateral relationship in the world.

The consulate has sections that focus on political, economic, consular, press and cultural affairs and also includes a full office now for the Foreign Commercial Service and a new Agricultural Trade Office, opened in 2007. The management and security sections support our daily operations.  Each of these sections and the people who staff them are committed to building the relationship with Southwest China in a wide range of areas, including U.S.-China business relations, educational and cultural exchange, agricultural cooperation, and cooperation to solve global challenges that affect the United States and southwest China alike.