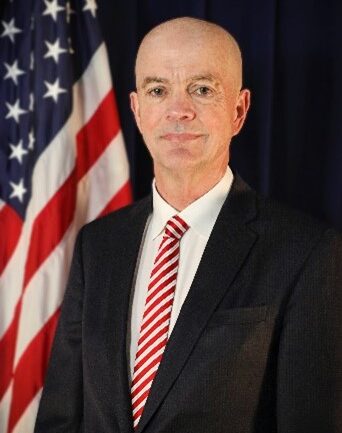 Previously he served as Political Section Chief at the American Institute in Taiwan, as Deputy Director and later Acting Director of the Office of Chinese and Mongolian Affairs at the U.S. State Department in Washington, DC, and in assignments at U.S. Missions in Kyiv, Mumbai, Tel Aviv, Doha and Jerusalem.

Prior to joining the U.S. Foreign Service, Bill worked in leadership positions in investment banking in Germany for over a decade.  He managed the financial derivatives trading operation of a Frankfurt-based bank and later established and led the capital markets division of a universal bank established in former East Germany following German reunification.

A native of Oregon, Mr. Klein grew up in North Ogden, Utah, and holds the equivalent of an M.A. and a B.A. in economics from the Freie Universität Berlin, Germany, as well as a B.A. in History and Mass Communications from the University of Utah.  He speaks Mandarin Chinese, Russian and German.