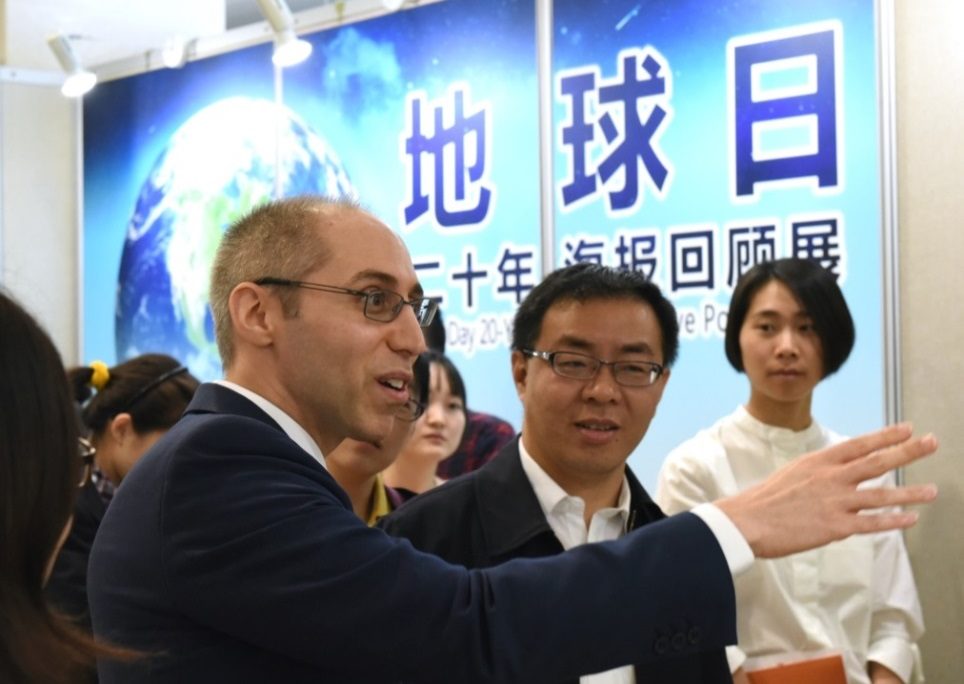 In honor of Earth Day and in order to address environmental issues and wildlife protection, Public Affairs Shanghai launched the “Earth Day 20-Year Retrospective Poster Show (1997-2016)” at Jing’an District Library, one of the most popular local libraries in Shanghai.  Public Affairs Officer Brian Gibel delivered welcome remarks to the audience of over 40 officials, local media, and the general public. Gibel explained that while Earth Day began as an American initiative, it has been since embraced by over 190 countries around the world.  He then led the audience on a tour of the exhibit, introducing various posters and highlighting U.S.-China landmark achievements in environmental issues but also called for the need to further limit wildlife trafficking, protect habitats, and clean air and water.  Afterwards, the audience wrote their own messages in praise of the exhibit and our earth on the opening ceremony backdrop.  Jing’an District Cultural Bureau Deputy Director and Jing’an Library Director also participated in the opening event and International Information Program (IIP) e-journals and postcards on environmental issues were distributed to the public by Information Resource Center (IRC) Shanghai.  The exhibition is open to the general public through May 5 and is expected to attract 20,000 visitors in total during that period.