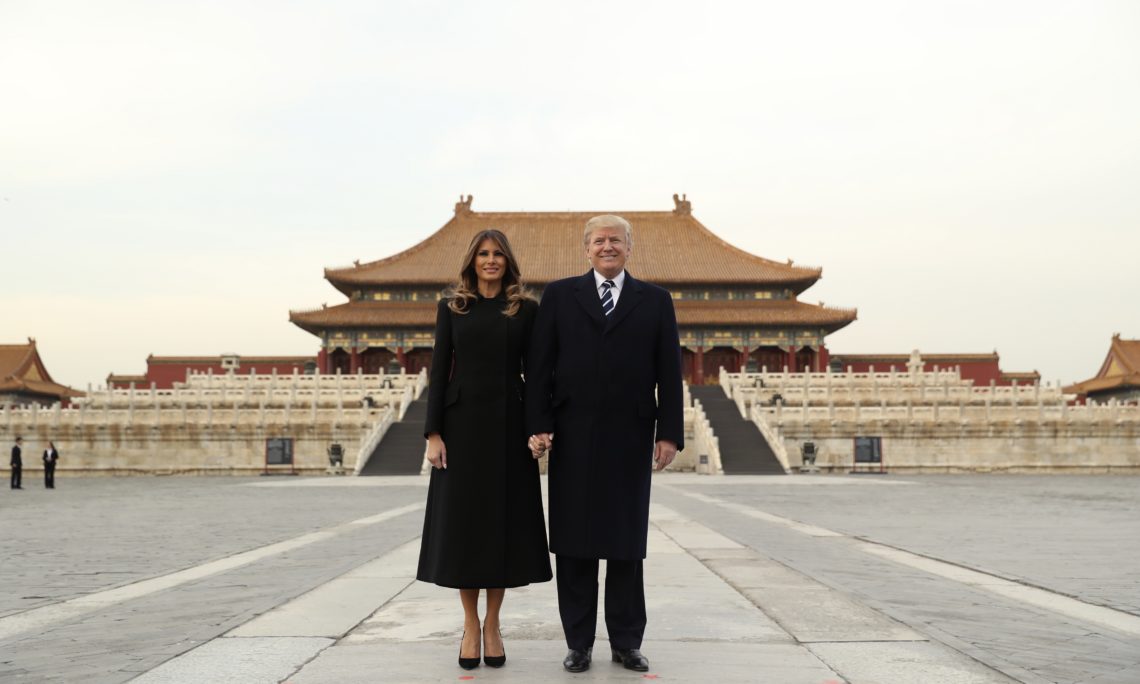 President Donald J. Trump and First Lady Melania Trump arrived on Nov 8, 2017. President Xi and Madame Peng greeted the two warmly in Beijing. Together they toured the Forbidden City to learn about restoration efforts for historic Chinese sites. Their evening concluded with a special performance of Peking Opera, a Chinese cultural tradition.