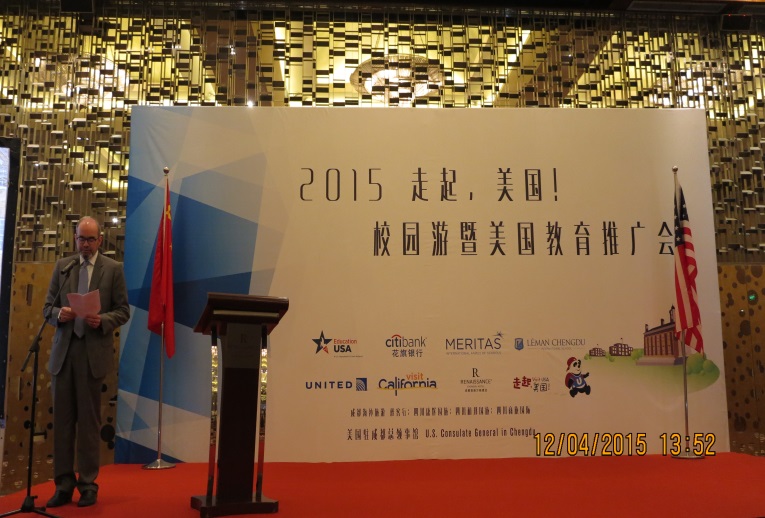 As part of the second phase of the Consulate’s year-long campaign to encourage travel to the United States from Southwest China, Consul General Raymond Greene headlined an event promoting study abroad in America on April 12. Specifically promoting campus visits and summer/winter camps at U.S. universities, the Consul General addressed a group of students, their parents, and local press, which was followed by presentations on choosing the right school, financing an American education, campus life in the U.S., exploring the rest of the country while there, and U.S. visa issues.