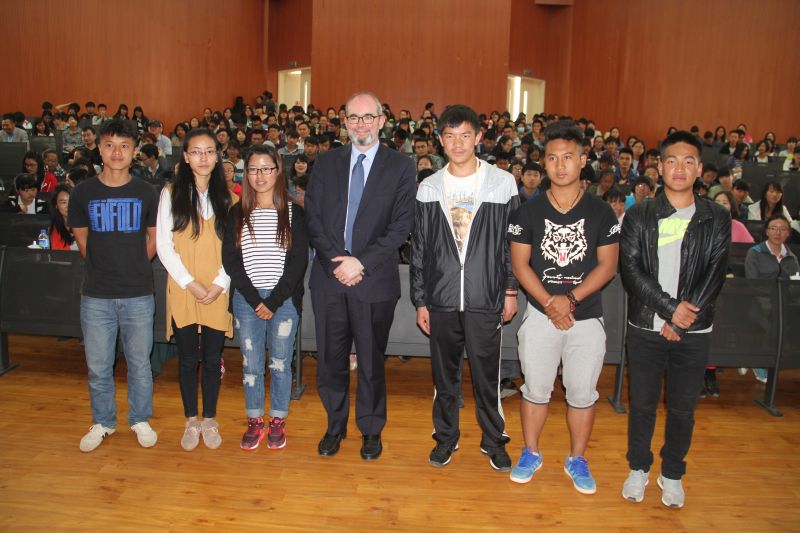 Consul General Raymond Greene spoke with students at Yunnan University of Nationalities in Kunming, Yunnan, on April 8. The Consul General spoke about study opportunities in the United States, and urged students to apply the lessons of U.S.-China cooperation during World War II to the present, as the two nations work together on global issues. Several students impressed the Consul General by greeting him in ethnic minority languages, including Tibetan, Dai, Bai, and Hani.