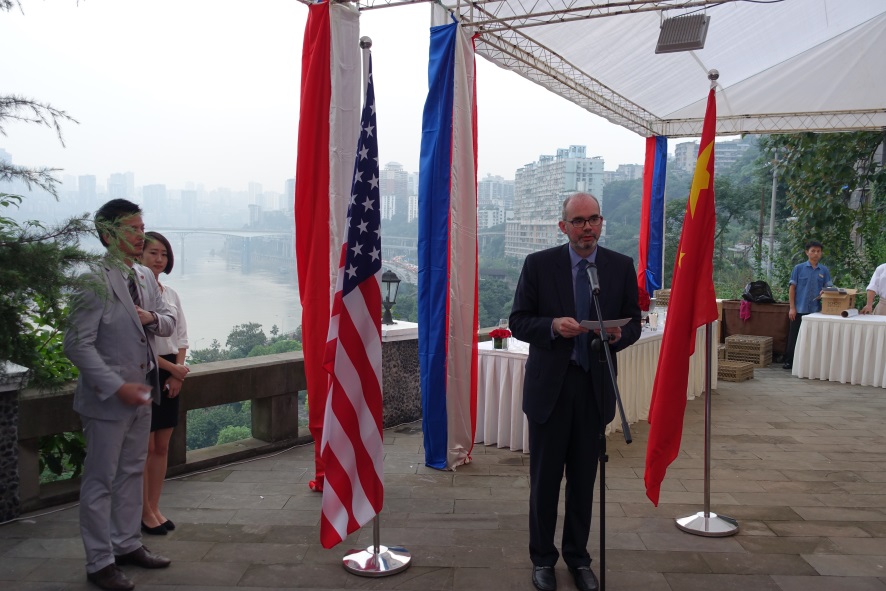 During a trip to Chongqing August 27-28, Consul General Raymond Greene met with directors of “Behind the Frontline,” a documentary about Chongqing during World War II and American contributions to the Chinese war effort, and helped open the Stilwell Museum’s Freeman Theatre with the screening of a wartime documentary about a “Flying Tiger” American pilot who directly contributed to American efforts in Southwest China. The Consul General emphasized future cooperation between the U.S. and China in the commercial field at the “SelectUSA” seminar, and during an interview on Chongqing Radio’s “Voice of Chongqing,” Greene implored younger Chongqing residents to contribute to a future-oriented bilateral relationship by studying abroad in the U.S. and building stronger people-to-people ties. Consul General Greene also hosted a reception at the Stilwell Museum, which brought together World War II scholars, local government officials, and members of Chongqing’s business community together to commemorate and commit to past and future U.S.-China cooperation.