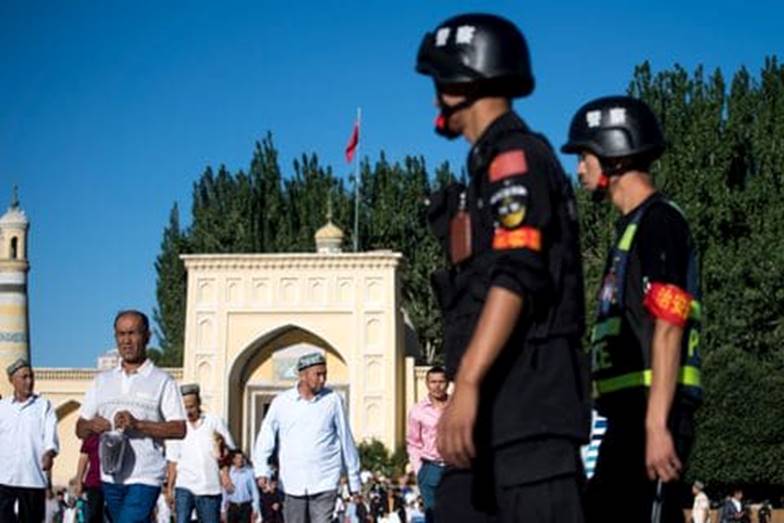 The Chinese Communist Party’s persecution of Muslims in Xinjiang province is drawing condemnation from civilized nations and civil society because of its brutality, scale and violation of the fundamental right to religious freedom. But there is another angle that should also raise concern: These abuses undermine the global consensus on counterterrorism. Beijing is painting its human rights violations as a legitimate counterterrorism effort, when they patently are not.

The United States estimates that since April 2017, China has detained more than 1 million Muslim men, women and children in forced labor camps. Up to 2 million more have been sent for political indoctrination in daytime facilities. All told, the number of Chinese citizens in these facilities constitutes some 15 to 25 percent of Xinjiang’s total ethnic-minority population. The U.S. Congressional-Executive Commission on China described the situation as the largest mass incarceration of a minority population in the world today.

Detainees are subjected to an unrelenting barrage of propaganda, forcing them to renounce their religious, cultural, linguistic and ethnic identities. Chinese Muslims are prevented from regular daily prayer, have their beards forcibly cut off and are force-fed pork and alcohol. Overcrowding and sleep and food deprivations are routine. China refuses to publish figures on how many people have died in the camps, but dozens of deaths have been reported — including suicides — and the real figure is probably much higher.

China’s deliberate efforts to strangle Uighur culture and stamp out the Muslim faith extend far beyond the camps’ razor-wire enclosures, affecting every aspect of life for these ethnic minorities. Beijing’s repressive policies in Xinjiang include pervasive high-tech surveillance and monitoring throughout the region (including facial- and gait-recognition technologies), draconian security measures in public spaces, house arrest and restrictions on who can worship in the remaining mosques that the Communist Party hasn’t bulldozed.

Chinese authorities are even targeting children. The Communist Party has forcibly taken thousands of minority children from their families and placed them in state-run orphanages. They are taught only Mandarin Chinese and are prevented from receiving religious or cultural education. Authorities reportedly have summarily renamed children with Han Chinese names.

Recently, one of the top Communist Party officials in Xinjiang, Shohrat Zakir, described captives, who have been beaten and starved, as “trainees” who were happy to participate in “such kinds of art and sports,” which had allowed them to “realize how colorful life can be.”

“Colorful” is not a word we would use to describe a gulag. Beijing presumably recognizes as much; international observers are not allowed to visit the camps without prior notice.

What makes this intolerable situation even worse is China’s consistent misuse of “counterterrorism” as a pretext for gross human rights abuses. To repeat: The repressive campaign in Xinjiang is not counterterrorism. It’s one more chapter in Beijing’s long history of oppressing Tibetan Buddhists, Christians and the Falun Gong.

In the process, China is eroding the long-standing and hard-won international consensus on how to fight real terrorists, with law enforcement, information-sharing, border security and other measures. It is a consensus that the United States and its partners have painstakingly built. Beijing’s sweeping repression makes a mockery of genuine and necessary counterterrorism efforts around the world.

China, like many nations, has suffered from terrorist attacks, including in Xinjiang. Dozens of Chinese citizens have been killed by terrorists over the past decade, in China and abroad. But Beijing cannot disingenuously use these deaths to conflate the peaceful religious practices of Chinese Muslims with terrorism. Nothing can justify the massive and brutal scope of Chinese repression.

Terrorism is a genuine threat to all of us. The United States is ready to work with willing partners in combating all real forms of terrorism, but it will not remain silent when governments commit atrocities under the guise of counterterrorism. Counterterrorism and human rights go hand in hand — they are mutually reinforcing — and the United States will speak out for both, with allies and adversaries alike.

What China is doing is not counterterrorism. It is ugly repression, on a mass scale, enabled by modern technology. It is the Big Brother we all fear. If China expects to be treated as a respectable member of the world’s counterterrorism community, it must stop. And it must immediately release all those it has arbitrarily detained.