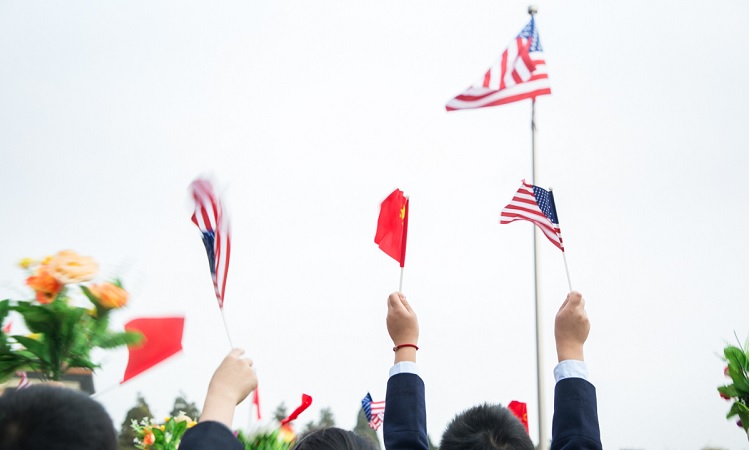 Last June I arrived in Beijing as the U.S. Ambassador to China.  My first day here, I stood next to my wife and family and talked about the U.S.-China relationship with journalists, feeling energized and honored to be representing America.

With no time to rest, we got to work right away.  In July, we sliced into some of the first U.S. beef imports to China in fourteen years.  Both American ranchers and Chinese consumers celebrated the reopening of the Chinese market to U.S. beef—exactly the kind of win-win deal I am here to promote.  That same month I also sat down with President Xi Jinping, whom I have known since 1985, to present my credentials and discuss our future collaboration.  A long career in public service taught me that making and keeping friends is essential to progress, and I am certain this long-time personal relationship will allow us to have candid, productive discussions about our bilateral relationship.

September brought me to Jilin, where, just days after an illegal nuclear test by North Korea, I stood across the river from that country and spoke with Chinese officials about the threat we face.  Later that month, the United States and China worked together at the United Nations to pass tough sanctions aimed at stopping North Korea’s illegal weapons program.

Throughout the fall and winter, my family and I enjoyed several other trips in China.  My grandchildren visited the Chengdu panda breeding center, where China’s environmental achievements are on display—including joint conservation efforts between U.S. and Chinese scientists.  My family also traveled to Shanghai, where we enjoyed strolling along the Bund and visiting Disneyland, an important cultural and commercial connection between our two countries.  In January, we visited the Harbin Ice Festival and saw beautiful ice sculptures, including a Native American display created by artists from the United States.

Our bilateral relationship was most prominently on display during President Trump’s state visit to China in November.  Our two presidents deepened their relationship over dinner at the Forbidden City, then held a series of meetings at the Great Hall of the People, where they spoke openly and candidly about the direction our relationship must take.  President Trump was clear about our goals:  we seek increased cooperation on North Korea, a more balanced trade relationship, and greater joint efforts to combat fentanyl trafficking.

As we ring in the lunar new year, building on the joint commitments agreed upon during President Trump’s visit to Beijing, I will focus our bilateral collaboration on those three areas.

The denuclearization of the Korean Peninsula is an objective President Trump and President Xi jointly reaffirmed in November.  The North Korean regime’s illegal missile and nuclear programs are the greatest threat to humanity today.  China, as a fellow permanent member of the UN Security Council, worked with us to pass unprecedented sanctions aimed at these programs.   This year, we will continue to count on China to cooperate with us and the rest of the international community to fully implement these sanctions, and to further increase pressure to move North Korea towards credible negotiations and denuclearization.

The second is achieving a more equitable commercial relationship.  The United States has sustained large and growing trade imbalances with China for decades.  Chinese trade barriers on some of our most competitive goods and services play a big role in these imbalances—from movies and software to cloud computing and financial services to poultry, autos, and agriculture products.  While Chinese investment in the U.S. is at an all-time high, significant sectors of the Chinese market are still blocked to U.S. companies.  We appreciate China’s announcement of limited market openings for investors in the financial services and automotive sectors following President Trump’s visit.  But access for U.S. products and services is still far from balanced, fair and reciprocal.  Removing barriers to trade and investment is imperative to continuing the flow of commerce that has created tremendous benefits for Chinese people for over a generation.

Finally, we seek to expand cooperation in combating drug trafficking, and in particular fentanyl.  During President Trump’s visit, the United States and China agreed to regulate fentanyl precursors, discuss scheduling fentanyl as a class of drugs, increase coordination on international drug policy, and cooperate on tracking the mailing of packages containing such drugs.  We look forward to acting together to reduce the flow of these dangerous and illegal drugs that are killing so many.

As we head into the year of the dog, which I should note is a special year for me, since I was born in year of the dog, I am optimistic we will continue to make progress.  I trust the relationships between President Trump and President Xi, between the American people and the Chinese people, will see us through to an even better tomorrow.