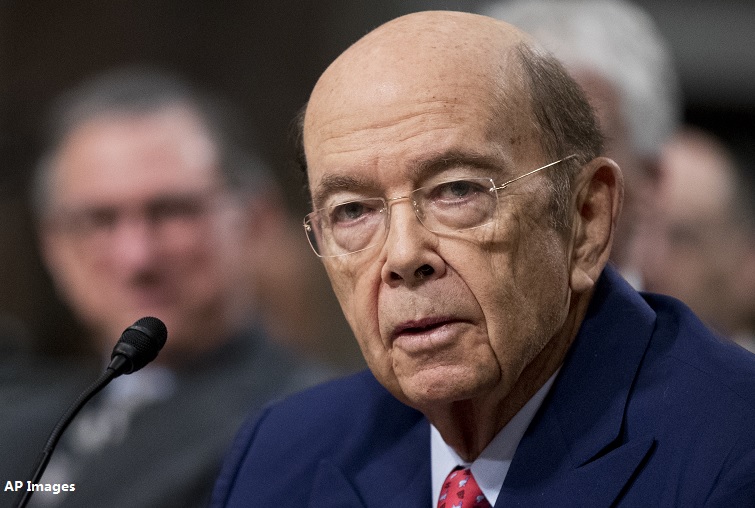 The US Department of Commerce houses the patent and trademark office, whose mission is to protect our nation’s innovators and their intellectual property. Above our entrance is inscribed a quote from Abraham Lincoln: “The patent system added fuel to the fire of genius.”

Intellectual property theft and expropriation costs US businesses as much as $600bn a year, according to the Commission on the Theft of American Intellectual Property.

Think of what that means — more than 3 per cent of America’s gross domestic product is lost each year to theft, piracy and espionage. China is a primary culprit: it accounts for 87 per cent of all counterfeit goods seized at the border.

But this shocking statistic fails to capture the deeper danger posed by the manner in which Chinese companies and the Chinese government treat America’s intellectual property.

China has announced a “Made in China 2025” plan to dominate in the production of semiconductors, artificial intelligence, autonomous vehicles, biotechnology and every other high-tech industry likely to drive economic growth beyond 2025. The US, which remains the most innovative country in the world, stands firmly in China’s path.

But rather than building a globally competitive free market economy in order to compete, China has chosen instead to compel American companies that want to operate in China to turn over proprietary technology and intellectual property.

China does this by making joint ventures with Chinese companies a prerequisite for market access; by limiting American ownership to 50 per cent or less of most enterprises in China; and, in some cases, by requiring technology transfers as part of product sale contracts.

The Beijing government and Chinese companies also pursue an investment strategy whereby they identify US start-ups with scientific breakthroughs and then make investments in those companies on better-than-market terms. The primary consideration in this investment is not rate of return, but the capture of new technologies, which the Chinese then use for other purposes.

Through investments like this, Chinese companies gain access to breakthrough technologies that could create billions of dollars of future revenues without paying royalties. An initial overpayment of a few million dollars is very important to the American high-technology start up, but is a rounding error relative to China’s multibillion dollar long-term objectives of technological superiority.

The Chinese actively search for those US companies that pioneer the technologies that China lacks. They then carefully target those companies in order to acquire their expertise. Meanwhile, companies seeking access to the Chinese market or to Chinese capital are pressured into turning over their patents, their most advanced research, and their know-how.

The offensive against American intellectual property does not end there. Less well known are the efforts of Chinese lawyers to initiate antitrust actions in Chinese courts to invalidate patents on the theory they create illegal monopolies. Think of how counterintuitive that is. The whole idea of a patent is to reward the inventor with a period of exclusive rights to the invention. A legally granted monopoly is no justification for an antitrust proceeding. But China is willing to go to great lengths to capture American technologies.

On Monday, President Donald Trump will direct Robert Lighthizer, the US trade representative, to determine whether to formally investigate Chinese policies, practices, or actions that may be harming US companies’ intellectual property, innovation and technology by encouraging or requiring the transfer of technologies to China.

Through this directive, President Trump is fulfilling another campaign promise to consider all appropriate tools to address Chinese trade activities that may be harming American economic interests. He is the first president to take any meaningful steps toward dealing with this hugely important issue.

Through this action he takes the necessary strategic step to protect the base of innovation that has fuelled American productivity and undergirded our national security for decades.

Technological advances will shape our future and, under President Trump’s watch, our innovators will reap the rewards for their willingness to take risks and invent new products and services that make America the most innovative country in the world.

Our allies and partners who share our commitment to innovation and value open competition are also harmed by China’s activity. They should be equally alarmed. We will protect our intellectual property first, but will also lead in restoring the rules-based free and fair economic system.

The writer is US Secretary of Commerce