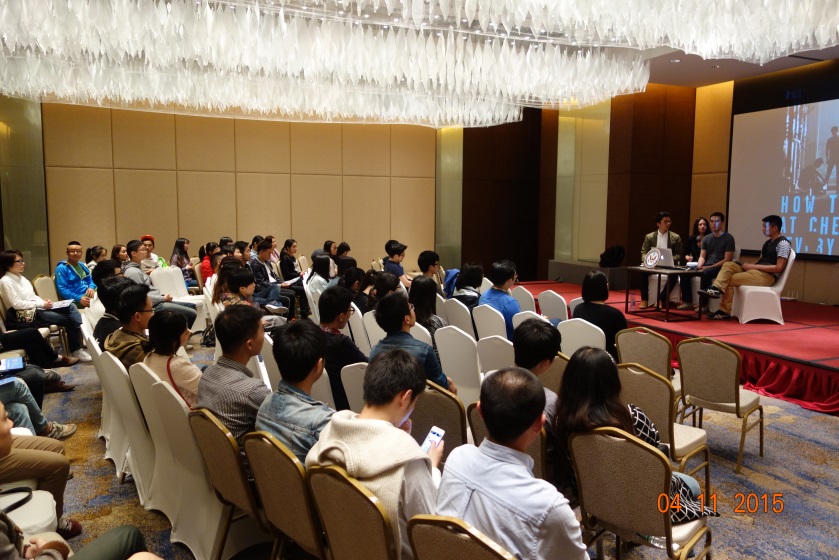 Film directors Josh Kim and Fan Popo spoke to largely young audiences about innovation and entrepreneurship in the film industry, same sex marriage, and “LGBT (Lesbian, Gay, Bisexual, and Transgender) and Film” on April 10 and 11. In his individual program, American director Josh Kim talked about his journey from film school student to feature film director, including his use of innovations such as internet crowd sourcing sites and Google Glass. Chinese director Fan Popo, one of Advocate magazine’s “40 Under 40 Emerging Voices” in 2014, screened his documentaries about same sex marriage and parents supportive of their LGBT children in China, followed by discussion and questions from the audience. The day after their individual programs, the two directors engaged in a discussion on issues including the concept of an “LGBT film,” favorite LGBT-themed movies, and the presence and influence of the LGBT community in the film industry.