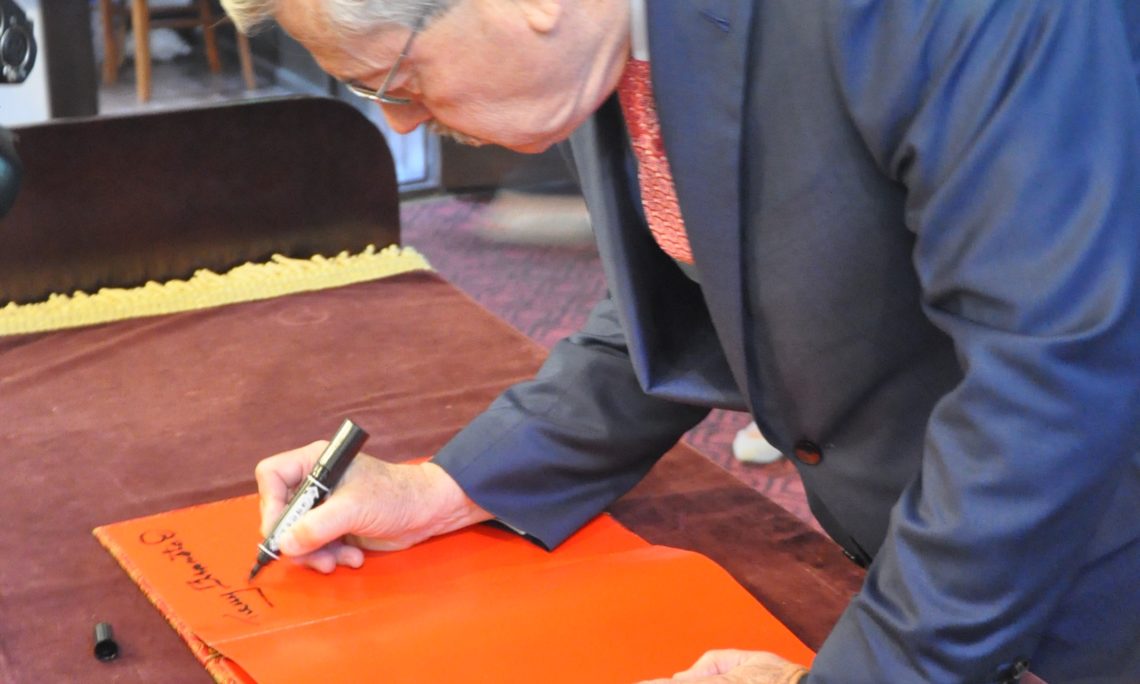 Ambassador Branstad met with a group of expert “Shanghai hands” at the historic Jinjiang Hotel, where they discussed the history of Shanghai, its current state, and possibilities for the future.  Afterwards, the Ambassador went on a tour of the hall where the Shanghai Communique was signed in 1972.

In the afternoon, Ambassador Branstad visited the Shanghai Jewish Refugees Museum and other sites in Hongkou district where as many as 25,000 Jewish refugees from Europe and the Soviet Union lived from the 1920s through the 1940s.  He toured the museum, which is located in the former site of the Ohel Moshe Synagogue, as well as the childhood residence of former Secretary of Treasury Michael Blumenthal, who was born in Germany and escaped from Nazi persecution to Shanghai as a child in 1939.