Ambassador to the People’s Republic of China
By U.S. Mission China
5 MINUTE READ 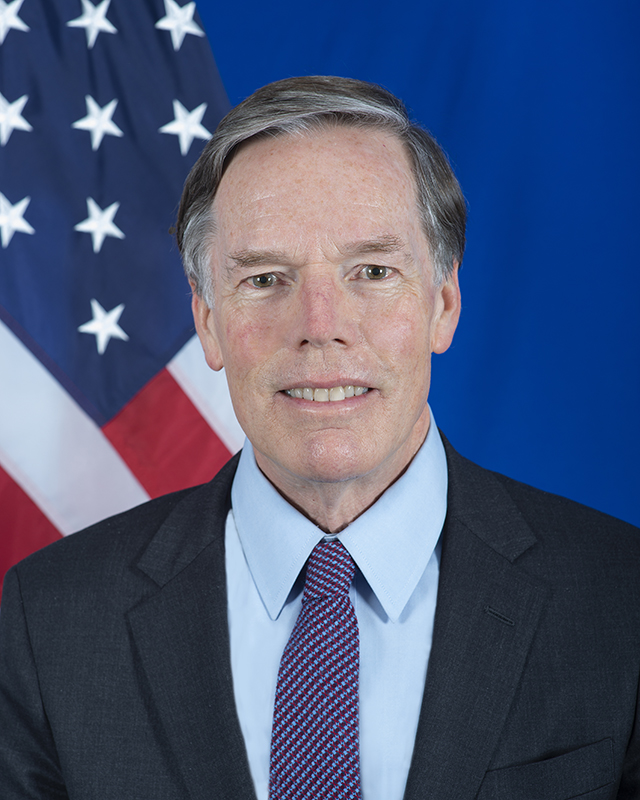 Ambassador to the People’s Republic of China

Nicholas Burns is Ambassador of the United States of America to the People’s Republic of China(PRC). Nominated by President Biden, he was confirmed by the U.S. Senate in December 2021.

As Ambassador, he will lead a team of experienced, dedicated, and diverse public servants from forty-seven U.S. government agencies and sub-agencies at the U.S. Mission in China, including at the Embassy in Beijing and at the American Consulates in Shanghai, Guangzhou, Wuhan, and Shenyang. He will oversee the Mission’s interaction with the PRC on the full range of political, security, economic, commercial, consular, and many other issues that shape this critical relationship.

Ambassador Burns is on a public service leave from Harvard University’s Kennedy School of Government where he was Goodman Professor of the Practice of Diplomacy and International Relations until 2021 and founded the school’s Future of Diplomacy Project.

He has had a long career in American diplomacy serving six Presidents and nine Secretaries of State. Most recently, he was a member of the Foreign Policy Advisory Board of Secretary of State John Kerry (2014-2017).

While serving at the Department of State as a career Foreign Service Officer, he was Under Secretary of State for Political Affairs (2005-2008) where he led numerous negotiations, including on the U.S.-India Civil Nuclear Deal, a long-term military assistance agreement with Israel, and on Iran’s nuclear program.

As Ambassador to NATO (2001-2005), he led U.S. efforts in Brussels on 9/11 when the Alliance invoked Article 5 of the NATO Treaty for the first time in its history. He managed the combined State-Defense Department U.S. Mission when NATO accepted seven new members in Eastern Europe and embarked on missions in Iraq and Afghanistan.

He worked on the National Security Council at the White House (1990-1995) where he was Special Assistant to President Clinton and Senior Director for Russia, Ukraine and Eurasia Affairs and Director for Soviet Affairs for President George H.W. Bush during the collapse of the USSR.

Ambassador Burns began his Foreign Service career in the Middle East. He worked at the American Consulate General in Jerusalem (1985-1987) where he coordinated U.S. economic assistance to Palestinians on the West Bank, at the U.S. Embassy in Cairo, Egypt (1983-85) and, as an intern, at the U.S. Embassy in Nouakchott, Mauritania (1980).

He first visited China in 1988 accompanying Secretary of State George Shultz and then President George H.W. Bush in 1989. He subsequently made visits to China with Secretaries Warren Christopher and Madeleine Albright as Spokesperson, including during the handover of Hong Kong from the United Kingdom to the PRC in 1997.

As Under Secretary of State, he worked with the PRC government on a diverse range of issues, including Afghanistan, North Korea, United Nations sanctions against Iran and U.S. policy in the Indo-Pacific. As a private citizen, he also created and managed an Aspen Strategy Group policy dialogue with the PRC government’s Central Party School.

Burns co-authored in 2020 with Ambassadors Marc Grossman and Marcie Ries a major study on the future of American diplomacy. They called for fundamental reforms to strengthen the Foreign and Civil Service and to renew our country’s commitment to diplomacy.

He is a proud New Englander and passionate supporter of the Red Sox, Celtics, Patriots, Bruins, and Revolution.

He is married to Elizabeth Baylies.  They have three daughters and two grandchildren.