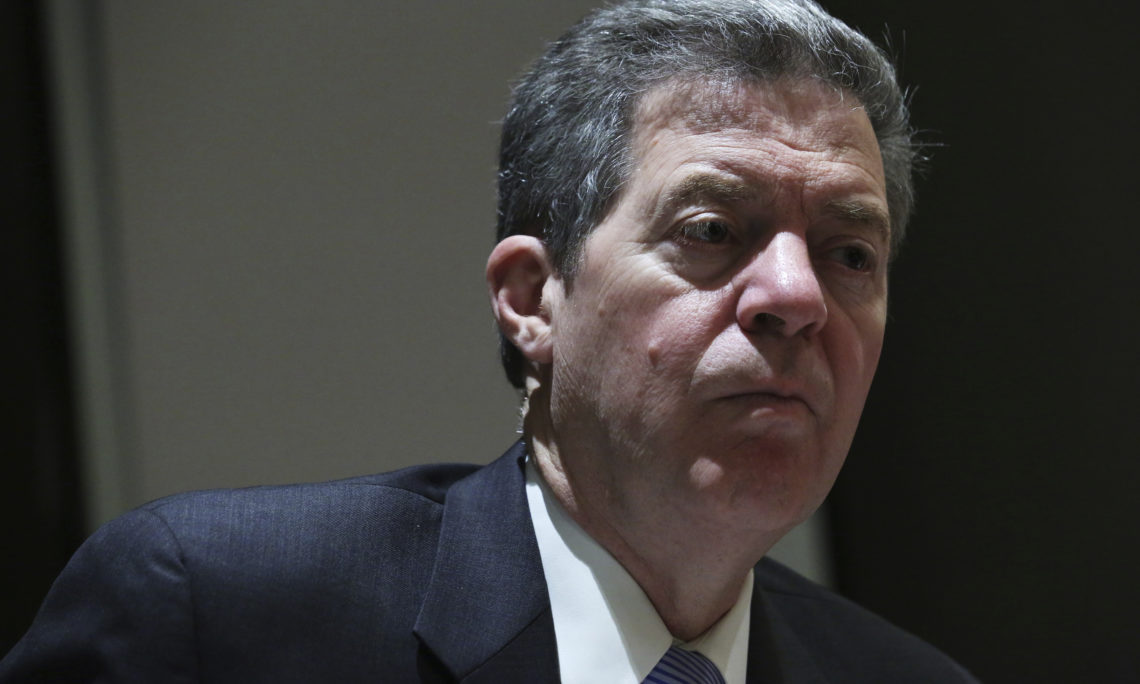 I would like to begin by expressing my profound respect for the Chinese people. My youngest daughter is Chinese and now attends school at Baylor University.

During this speech, I will express a number of concerns the United States has about the religious freedom situation in mainland China. That is out of lament, not anger. We highly regard the Chinese people for all their contributions to mankind in the past, present, and for the future.

We have all watched China emerge onto the international stage. I first traveled to China 1985. I believe the efforts by the Chinese government to exert control over members of countless religious groups, often along ethnic lines, through the enforcement of “religious affairs regulations,” the destruction of houses of worship, the unlawful imprisonment of religious leaders, and actions to ruthlessly silence any forms of constructive dissent, demonstrates its disregard for the individual dignity of every Chinese citizen.

In that spirit, I want to talk about concerns the United States government has – and specifically about the deteriorating state of religious freedom in mainland China. Over the last few years, we have seen increasing Chinese government persecution of religious believers from many faiths and from all parts of the mainland. The world is taking notice.

Let me start in the Xinjiang Uighur Autonomous Region – it is alarming that Chinese government authorities have arbitrarily detained members of Muslim minority groups in internment camps for reasons including common religious practices, such as having a beard, wearing a veil, attending services, observing Ramadan, sharing religious writings, or even praying.

Since April 2017, mainland authorities have detained more than one million ethnic Muslims. They have targeted and forcibly relocated to internment camps Uighurs, Kazakhs, Kyrgyz, and members of other Muslim minority groups. Family members do not know the whereabouts of their loved ones, or even whether they are dead or alive. The Trump Administration is deeply concerned, and considers this oppression a deliberate attempt by Beijing to redefine and control members of these Muslim minority groups’ identity, culture, and faith.

China describes these sprawling camps with guard towers and barbed wire as simply “vocational training centers.” We need to call these camps what they are; they’re internment camps created to wipe out the cultural and religious identity of minority communities. Numerous reports indicate that mainland authorities force innocent people into these camps often based primarily on their religious beliefs and ethnic identity. The international community has seen and covered these events. I recently read two articles on these events. They are then held for an indeterminate amount of time and subjected to physical and psychological torture, intense political indoctrination, and forced labor. In November, a survivor of one of these camps told the United States Congress that she was brutally tortured and witnessed at least nine other innocent women in her cell die in just a few months. The same woman was separated from her triplets. Tragically, one of her children died while being held in Chinese government custody. Beyond the camps, the Chinese government also represses people in Xinjiang, restricting travel, monitoring their every move by using a high-tech Orwellian surveillance system, and banning certain religious practices. The government even bans children from participating in religious services and prohibits parents from naming their children common Islamic names.

China has long used its economic weight to silence criticism of its severe human rights abuses. I applaud the countries that have spoken out against China’s abuses in Xinjiang. Turkey recently issued a strong condemnation of the human rights crisis there. More countries should do so.

China justifies its use of internment camps and other repressive practices by claiming that it is rooting out terrorism preemptively.

But China is not solving a terrorist problem by forcibly moving women, children, the elderly, and the highly educated intelligentsia into mass detention centers and internment camps. Instead, they are creating one. The magnitude of these detentions is completely out of proportion to any real threat China faces from extremism, even according to China’s own official media and police reports. Xinjiang had not even reported a large scale extremist incident for more than a year and a half before the detentions expanded after March 2017. Rather the Chinese government’s actions are intended to ensure that distinct ethnic and religious peoples are brutally and forcefully controlled; why—because they are different. Somehow, men and women of faith are viewed as a threat to the Chinese Communist Party.

Based on the testimonies of survivors, it is clear that China’s misguided and cruel policies in Xinjiang are creating resentment, hatred, division, poverty, and anger. To use a Chinese official’s own words, this is essentially fertilizing the “soil that breeds terrorism…”

What We Are Doing

The Chinese Communist Party must hear the cries of its own people for religious freedom and act to correct this wrong.

The Chinese people are a great people. Someday soon, they will be free to practice their faith. The gates of religious freedom will fly open in China and the iron curtain of religious persecution will come down. The Chinese government is currently on the wrong side of history…but this will change.

The United States and other nations are bringing together government and religious leaders from around the world to promote religious freedom for all. We created the Ministerial to Advance Religious Freedom last July specifically to advance this cause. Secretary Pompeo has already announced that the next Ministerial will take place on July 16th to 18th in Washington.

We are also working with other governments and groups around the world to host follow-on regional conferences that focus on religious freedom issues specific to that area.

Through all of our efforts, we are chasing a simple but important dream: that one day all peoples around the world will be able to worship freely and believe what they want, just like you can in Hong Kong. We invite the rest of the world to join us in achieving this goal. As the detained pastor of the Early Rain Church, Wang Yi [Wong Yee], said: “In Xinjiang, in Shanghai, in Beijing, in Chengdu, the rulers have chosen an enemy that can never be imprisoned – the soul of man.”