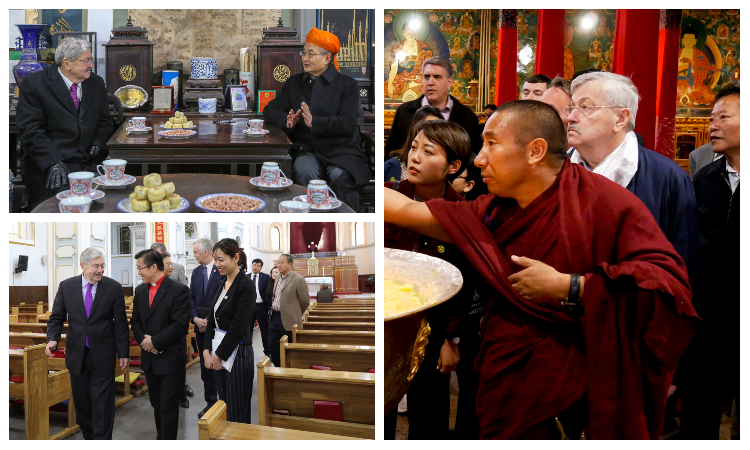 The United States was founded on principles of freedom, including a core belief in the essential need for religious freedom.  Today, October 27, the United States celebrates International Religious Freedom Day, in recognition of the importance of this fundamental right.  In the years since our founding, our country has learned a lot about the importance of religious freedom in maintaining a diverse, vibrant society—not because religious freedom is easy to maintain, but because it is necessary to maintain.   That recognition has spread throughout the world, as symbolized by the Universal Declaration of Human Rights, Article 18:

Everyone has the right to freedom of thought, conscience and religion; this right includes freedom to change his religion or belief, and freedom, either alone or in community with others and in public or private, to manifest his religion or belief in teaching, practice, worship and observance.

In the two years I have spent here in China, I have appreciated the opportunity to visit many corners of this beautiful country.  One element of Chinese society and history that has drawn my attention is the diversity of China’s religious communities.  I have visited stately Buddhist temples, with their communities of robed monks.  I have met Muslim imams and discussed their practice of a religious tradition that has been part of China for so many centuries.  And I have worshipped at a number of Christian churches throughout the country.  These experiences have helped me understand that protecting and promoting religious freedom would only enrich China’s future.