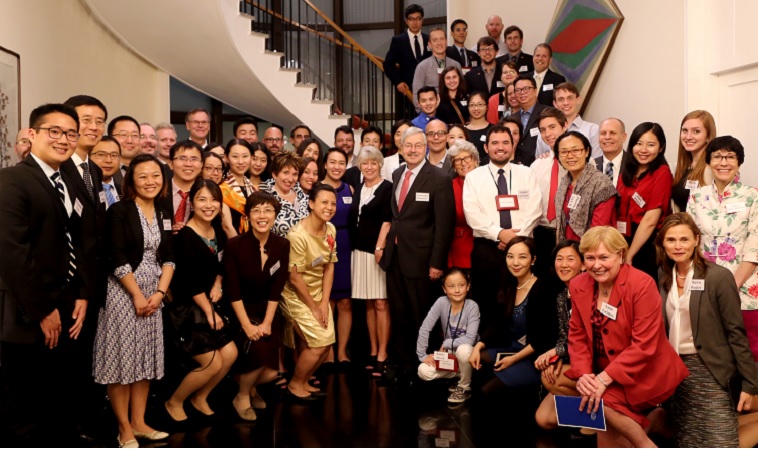 August 31 2017, Ambassador Branstad met with a group of American Fulbright Lecturers and English Language Fellows to emphasize the importance of their role in developing people to people ties with China. These teachers will teach English, history, political science, literature, finance,  and communications to Chinese students all around China.  He shared  how in the 80s he developed positive personal  relations ‎with a young Chinese official, who later became President of China, Xi Jinping. The Ambassador encouraged them to meet ordinary people, saying their impact can eventually make a big difference. Educational exchanges provide unique opportunities for citizens of both countries to learn about each other through collaboration.