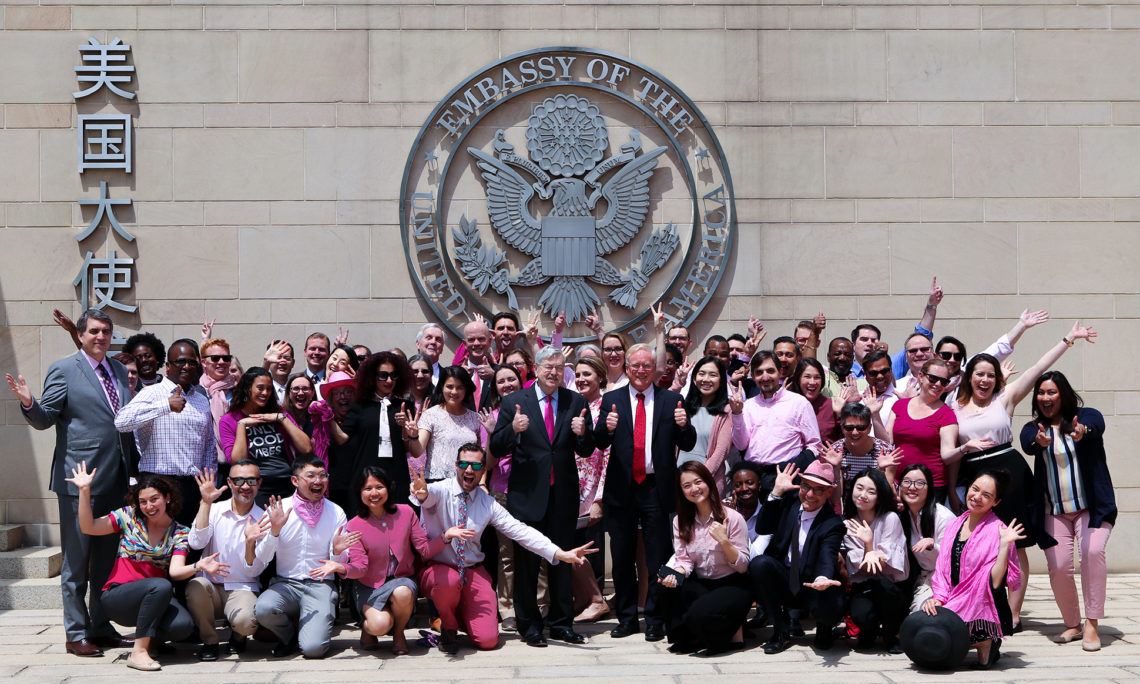 On May 17, the U.S. Embassy in China marks the International Day Against Homophobia, Transphobia, and Biphobia.  This commemoration coincides with the day in 1990 when the World Health Organization voted to remove homosexuality from its list of mental disorders.  In 1973, the American Psychiatric Association — the largest psychiatric organization in the world – made history by issuing a resolution stating that homosexuality was not a mental illness.

This is a day to celebrate advances we have made toward equality and justice for our lesbian, gay, bisexual, transgender, and intersex (LGBTI) family members, friends, neighbors, co-workers, and fellow citizens.  It is also a day to examine the steps we can take to end discrimination and counter harassment and violence directed toward persons on the basis of sex (including gender identity), sexual orientation, and other categories.

I am encouraged that a growing number of Chinese citizens are choosing a path of tolerance and inclusivity and that they support efforts to combat discrimination against the LGBTI community.  Like many similar citizens in the United States, they advocate for the rights of LGBTI individuals, and they are courageous in speaking out about the challenges of finding acceptance and fighting discrimination.

This is an important day and a fitting reminder of the work remaining to counter discrimination and threats of violence against people just because of who they are.  Let’s all work together to end such intolerance and create an inclusive environment for our friends, family, and neighbors.