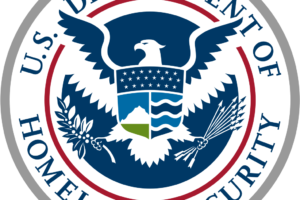 (WASHINGTON) Today President Donald J. Trump signed a Presidential Proclamation, which suspends the entry of most foreign nationals who have been in certain European countries at any point during the 14 days prior to their scheduled arrival to the United States. These countries, known as the Schengen Area, include: Austria, Belgium, Czech Republic, Denmark, Estonia, Finland, France, Germany, Greece, Hungary, Iceland, Italy, Latvia, Liechtenstein, Lithuania, Luxembourg, Malta, Netherlands, Norway, Poland, Portugal, Slovakia, Slovenia, Spain, Sweden, and Switzerland. This does not apply to legal permanent residents, (generally) immediate family members of U.S. citizens, and other individuals who are identified in the proclamation.

“Protecting the American people from threats to their safety is the most important job of the President of the United States. The actions President Trump is taking to deny entry to foreign nationals who have been in affected areas will keep Americans safe and save American lives. I applaud the president for making this tough but necessary decision. While these new travel restrictions will be disruptive to some travelers, this decisive action is needed to protect the American public from further exposure to the potentially deadly coronavirus.

“In January and February, the Administration issued similar travel restrictions on individuals who had been in China and Iran. That action proved to be effective in slowing the spread of the virus to the U.S., while public health officials prepared. In the next 48 hours, in the interest of public health, I intend to issue a supplemental Notice of Arrivals Restriction requiring U.S. passengers that have been in the Schengen Area to travel through select airports where the U.S. Government has implemented enhanced screening procedures.”

Proclamation—Suspension of Entry as Immigrants and Nonimmigrants of Certain Additional Persons Who Pose a Risk of Transmitting 2019 Novel Coronavirus | WhiteHouse.gov