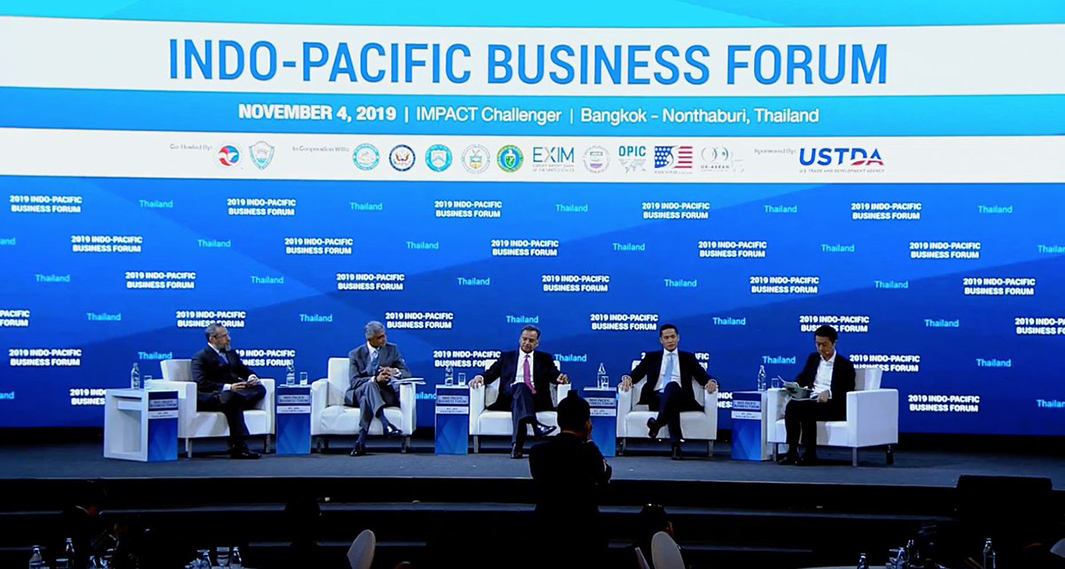 Over 1,000 business and government leaders from the United States and across the Indo-Pacific region gathered on November 4 in Bangkok for the Indo-Pacific Business Forum to promote the value of high-standard investment, transparency, rule of law, and private-sector-led economic development.

The nearly 200 U.S. business executives in attendance represented some of the world’s most innovative, influential, and trustworthy companies—with a collective annual revenue of over $2.8 trillion.  These companies contribute to an annual $1.9 trillion in two-way trade in goods and services between the United States and the countries in the Indo-Pacific region and help make the United States the largest source of foreign direct investment into the region.  Over 600 business executives from other Indo-Pacific countries participated in the Forum.

Under Secretary Krach led a panel discussion on “Fostering a Vibrant Digital Economy in the Indo-Pacific,” discussing how innovation and entrepreneurship in the digital economy will catalyze regional growth, with panel participants from HP, Inc. Underwriter Laboratories, and the Japanese Ministry of Economy, Trade, and Industry (METI).

The U.S. officials and business executives at the Indo-Pacific Business Forum highlighted a range of commercial deals and new initiatives, including:

See The Department of State’s A Free and Open Indo-Pacific: Advancing a Shared Vision https://www.state.gov/a-free-and-open-indo-pacific-advancing-a-shared-vision/ & USAID’s Snapshot of U.S. Government Progress  https://www.usaid.gov/indo-pacific-vision/econ for more detail on U.S. commercial priorities in the Indo-Pacific.