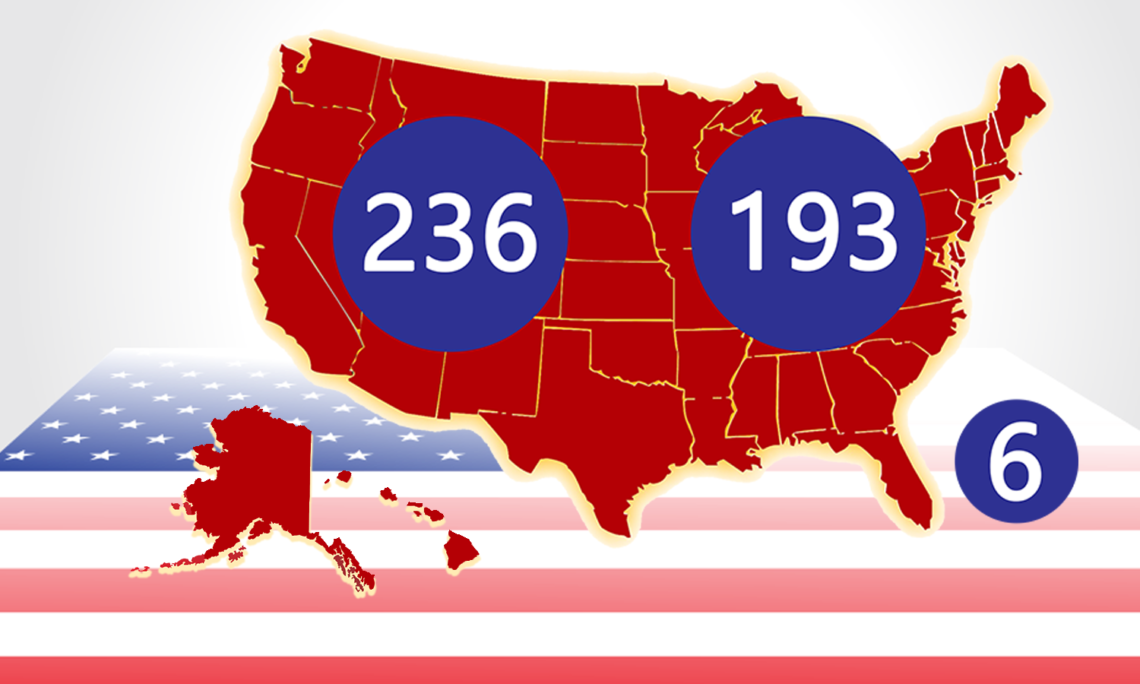 Midterm elections, so named because they occur in even numbered years at the halfway point of a presidential term, determine which political party will control the two chambers of the U.S. Congress for upcoming
two years.

Midterm Elections for 2018
While 2018 is not a presidential election year, there are many other races coming up at the federal, state, and local level, including:
•All 435 seats in the U.S. House of Representatives
•One-third of all U.S. Senators.
•Thirty-six state governors and three U.S. territory governors.
•Many city mayors. 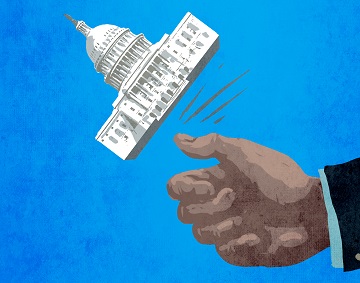 The U.S. Congress is made up of the House of Representatives and the Senate. In both bodies, whichever party has more members has the majority. If the same party has a majority in both the House and Senate, it “controls” Congress. But if the other party’s candidates can win enough votes in the next election, Congress “flips” and the balance of power changes. 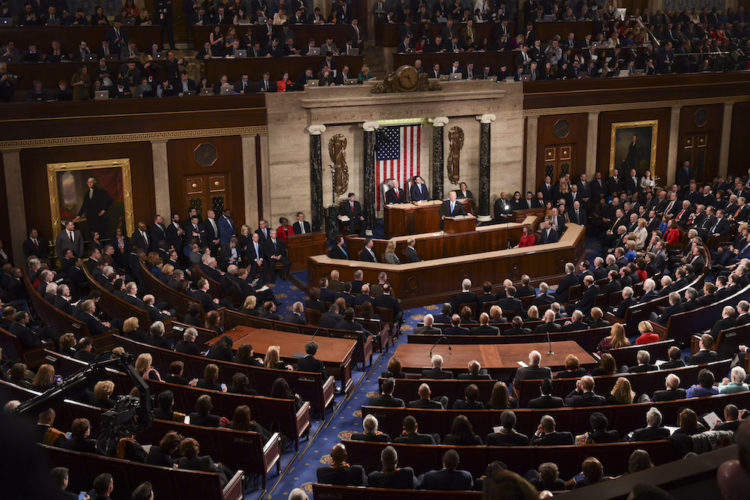 The role of the Senate and the House of Representatives

The United States Congress consists of two chambers: the House of Representatives and the Senate. Each U.S. state is represented in the House in proportion to its population, but is entitled to at least one representative, and each Representative serves for a two-year term; elections for representatives are held in every even-numbered year. The Senate is composed of two senators from each state, and each Senator serves a six-year term; their terms are staggered so that approximately one-third of the seats are up for election every two years. 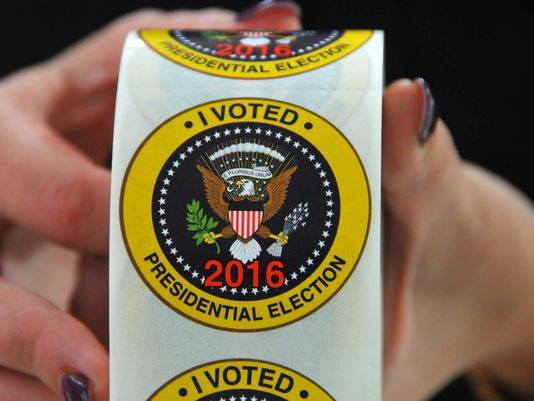 How to become a poll worker?

Tens of thousands of poll workers are needed on Election Day. In California, qualifications for poll workers include: must be 18 years old (or 16 if a high school student), a U.S. citizen, and a registered voter in California (non-citizens with permanent resident status are allowed to serve as poll workers). To serve on Election Day, a poll worker must: attend training; have a reliable email address; be able to lift 25-50 pounds; be in good physical condition that allows sitting and/or standing for long periods of time; be able to follow written and verbal instructions; and have reliable transportation. 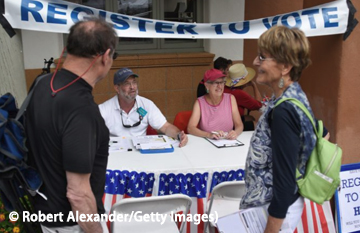 What are midterm elections, and why are they important?

U.S. presidential elections are big news worldwide every four years. But what happens in the midterm elections — so called because they come nearly two years into a president’s term — can have just as big an impact on the direction of the country. 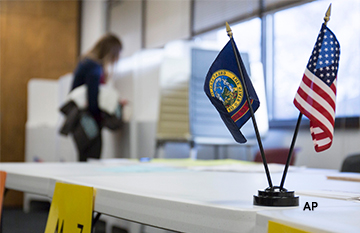 Where to vote on Election Day?

This year’s Election Day in the U.S. is November 6. Voters can cast their votes in local, state and federal elections at polling stations, which are assigned by residential address when voters register with their local election board. For all states, in order to register to vote, an applicant must be a U.S. citizen, a legal resident of the state, and 18 years old on or before Election Day. 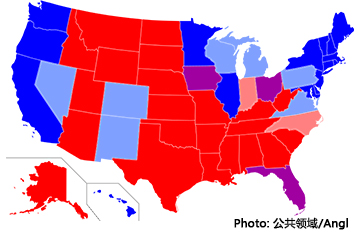 Blue states, red states the colors of the political parties

Since the 2000 U. S. presidential election, red states and blue states have referred to states whose voters predominantly choose either the Republican Party (red) or Democratic Party (blue) presidential candidates. This choice of colors reversed the traditional color-coding scheme whereby Democrats were often represented by red and Republicans by blue until the 1980s. 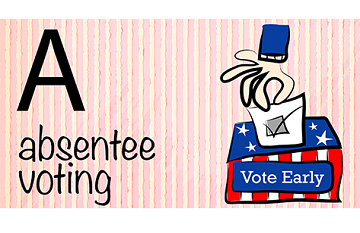 Absentee voting allows voters who cannot come to polling places to cast their ballots. A variety of circumstances, including residency abroad, illness, travel or military service, can prevent voters from coming to the polls on Election Day. 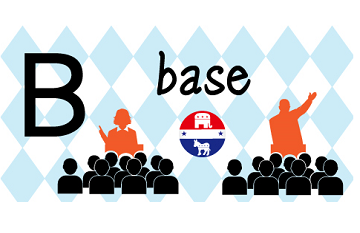 A base is a group of voters who almost always support a particular party’s candidates, regardless of personality or the specific views a candidate may hold.  In elections, candidates often have to strike a balance between increasing the enthusiasm of their base and reaching out to undecided and more moderate voters. 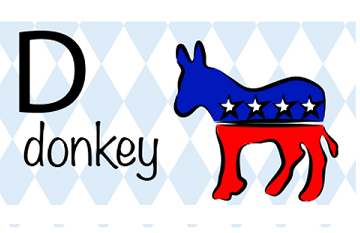 The Donkey represents the Democratic Party. Presidential candidate Andrew Jackson was the first Democrat to be associated with the donkey symbol.However, the most lasting impression came from the cartoons of Thomas Nast, which pictured the Democratic Party as a donkey, an animal considered stubborn. 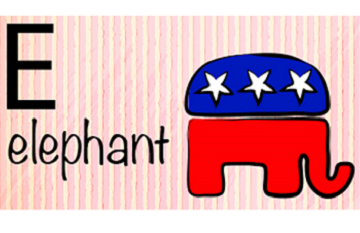 The Elephant represents the Republican Party. Political cartoonist Thomas Nast created both images for the publication Harper’s Weekly in 1874. One of his cartoons depicted a marauding elephant to represent the “Republican vote.” Republicans quickly embraced the symbol as their party’s own and use the design widely. 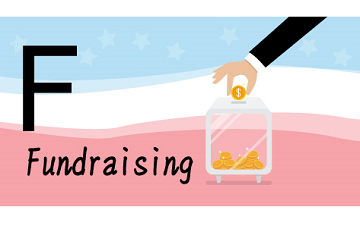 Fundraising is an important part of any election process.  Between primaries, conventions, and the general election, the United States election season can be very long, and it often takes more resources than an individual candidate may have to pay campaign costs. 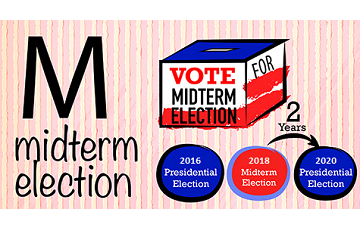 Midterm elections determine some members of the U.S. Senate and all members of the House of Representatives, as well as many state and local officials. 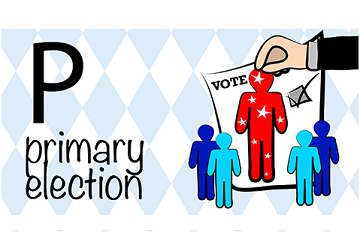 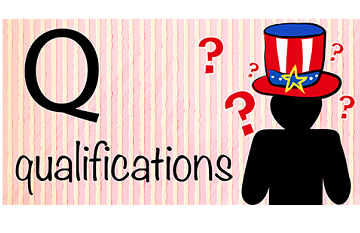 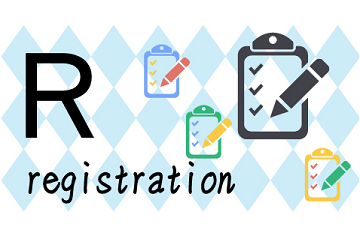 In order to be eligible to vote, United States voters must first register in their counties and states of residence. The U.S. government has passed laws to make registration easier, in order to allow as many citizens as possible the opportunity to vote, and many non-government organizations conduct “get out the vote” programs to encourage more people to register. 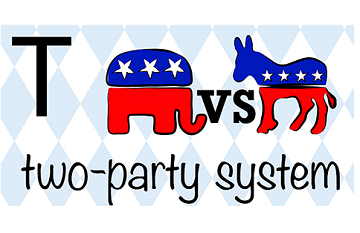 Republicans and Democrats have dominated electoral politics since the 1860s. This unrivaled record of the same two parties continuously monopolizing a nation’s electoral politics reflects structural aspects of the American political system as well as special features of the parties. 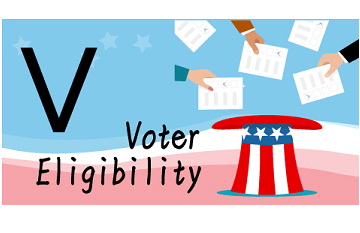 There are specific requirements to vote in the United States’ general elections: each voter must be a United States Citizen and must be at least 18 years old by election day, must be a legal resident of the state he wishes to vote in, and must not have been disqualified from voting by a court order or felony conviction. 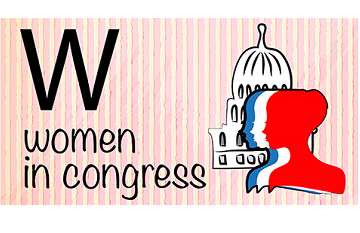 Jeannette Rankin, a Republican of Montana, took her seat in the U.S. House of Representatives on April 2, 1916, as the first woman elected to Congress — even before the Nineteenth Amendment in 1920 gave all American women the right to vote in elections. 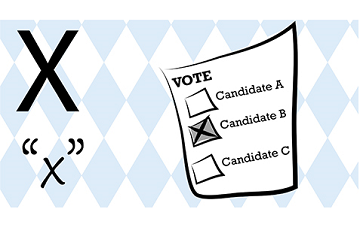 A wide variety of voting devices is available in the United States, and the landscape of voting technologies is continuously changing. Today, there are very few places where voting takes place with handheld paper ballots marked with an “X” next to a candidate’s name, as was done in the past, but many computerized systems still depend on paper ballots on which circles are filled in or lines connected. These ballots are then scanned mechanically to have the votes recorded; the equipment is known as an optical scan system. 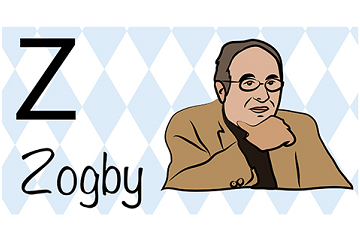 John Zogby, founder of the “Zogby Poll” and the Zogby companies, is an internationally respected American pollster, opinion leader and best-selling author. His polling incorporates both phone-based polling and interactive, internet-based polling.